We’re incredibly excited that Richmond Homearama  is taking place at River Mill, our newest HHHunt Community in Glen Allen, June 1st through 16th. During Homearama, homebuyers will get an exclusive look at seven stunning model homes from River Mill’s four exclusive homebuilders. What’s even better? Homebuyers can also check out a beer made especially for River Mill by Center of the Universe Brewing!

Located just minutes from River Mill, award-winning Center of the Universe Brewing is a local favorite and we’re thrilled to partner with them! We recently caught up with Chris Ray, co-founder of COTU, to talk about the brewery and the exclusive River Mill beer.

Q: What inspired you to start COTU? 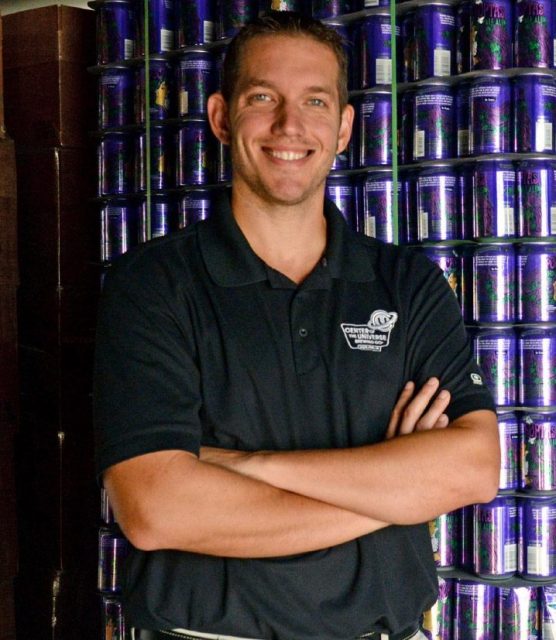 Chris: Phil (my brother and co-founder) and I had been home brewers for years prior to opening in 2012.  We would send the beers back and forth from Tampa, where my brother lived, to the various cities I played in during my baseball career.  As my arm grew tired, and Phil’s desire to be confined to a cubicle wore thin, we began working on a business plan to open a brewery.  We got our first real taste of the industry in 2011 while I was playing in Seattle.  We teamed up with Fremont Brewing Company to brew “Homefront IPA,” which has since morphed into a nationwide effort called “Hops for Heroes”.

Q: COTU has a strong reputation for giving back to the community. Why is that so important to you and your brother?

Chris: “Center of the Universe” to us, just isn’t a fun name to have, it is a culture.  We concentrate on the center of our universe every day and remain mindful of how our actions effect our neighbors and friends.  As such, we strive to help out any and all organizations within our community, because we have the capacity to do so, and its simply the right thing to do.  You won’t see us carrying around enormous checks to present or any other hoopla when it comes to our giving.  We enjoy just seeing the smiles on the faces of those who we are able to help.

Q: What is your favorite COTU beer?

Chris: Right now, Chameleon IPA is my go-to COTU brew.  With an ever-changing hop profile and super smooth mouthfeel, it works for any occasion, although I might be a little biased.

Q: Can you tell us about the River Mill beer?

Chris: The River Mill beer is a lavender pale ale.  We feel like this beer needed to be more connected to the area it was brewed for rather than be out of the box.  Instead, we took lavender, a flower once grown at the River Mill site, and gave it a nice two-row malted barley base with a little helping of oats that will really make the lavender shine.  At 4.5%, the beer is sessionable, and with the addition of Mosaic hops, you will be able to taste and smell a little tropical fruit that will blend nicely with the lavender.

We believe it’s how you live that matters and are thrilled to partner with COTU at River Mill! You can check out the refreshing River Mill beer and the stunning model homes at Richmond Homearama starting June 1st. Get your tickets here!